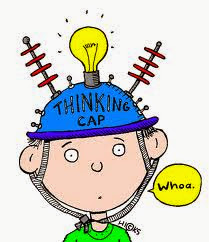 Today, an education may not educate. Many are the impressive-looking educational institutions in the world touting that they impart knowledge and life-changing paradigms. Is this the truth? Sadly, the more I interact with society, I discover how little many of us think deeply about things big and small. In fact, many of us have not really thought about the term “knowledge”. What is knowledge? Do schools impart knowledge? Why then do most of us admit that much of the "knowledge" we receive from school is not useful in the real world? Is the so-called knowledge we learn from school no different from information, like the information found in a telephone book? 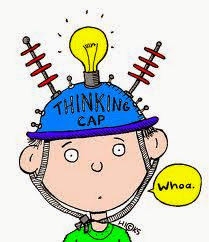 Let me cite an example to demonstrate the power of Street Knowledge. One day, Mackay bought an envelope company which was losing money. He did not know much about envelopes at all. Well, if Book Knowledge were a person, what would his advice to Mackay be?  Book Knowledge would probably have told him to create a business plan, be clear of his products’ winning features, etcetera. However, Mackay had Street Knowledge. Streetwise, he tailed his competitor’s delivery truck as it visited the offices of several clients and noted down their addresses. Some time afterwards, he met and offered these clients difficult-to-refuse prices for his envelopes. Overnight, Mackay gained a significant number of clients. Wow! A demonstration of street-wisdom! Unfortunately, few institutions teach Street Knowledge. Many only offer Book Knowledge.

So how streetwise are you? Do you seek the 2nd form of knowledge actively? If you don't, maybe you should begin so. 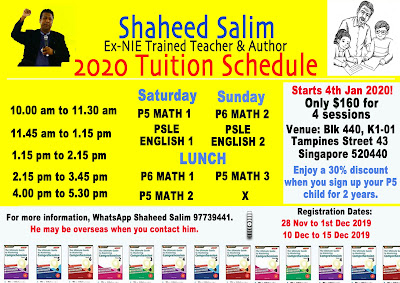 Are Parents, Tutors & Teachers Responsible For Pupils' Failure At Math? 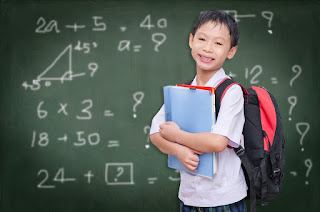 We all love our kids. Who doesn’t? And we want them to excel in their studies. So we load the pressure of high expectations and the routines of tuition classes to solve this problem. Sometimes the problem gets solved. Sometimes it does not; sometimes it stays for a prolonged period of time and we are left asking why.

Today, we shall look at the failures of kids at PSLE or upper primary Math, which in my opinion is no different why some students fail at secondary Math. Through the years, I have guided students, who had scored poorly at Maths, attained A grades, and I discovered that unless these students underwent transformation at the self-concept and self-expectations levels, it would be hard to help them score grades A and above. (Note: Even with low self-esteem, scoring a C is still possible for students but an A is clearly out of reach, unless the test paper is full of lower level thinking questions.)

The first thing you should realise as a parent or even teacher is you must never be a cause for the kids’ failure at Math. You may be surpised by this remark – “Me responsible for my kid’s failure?” Well, the sad truth I discovered all these years is that we adults, and sometimes even teachers and tutors, are responsible for the low academic self-esteem of the child.

I remember being given the challenge of teaching the weakest Primary 6 Math students some time ago. As I got the kids to believe they can succeed, it became clear that I was the only adult who sincerely believed they could excel in Math at the PSLE. A boy who told his parents that his specialist teacher (i.e. me) believed that he could score an A for Math witnessed disbelief and disagreement of the part of his parents. The kid had been failing Math since Primary 4 – perhaps the specialist teacher should be realistic in predicting his future scores! Well, this kid scored a B at the PSLE after just 7 months of being involved with this program. So parents can be a problem. I have taught tuition kids whose parents, although diligently paying the tuition fees monthly, would openly declare, “My son is stupid”. Why this irony exists is baffling but believe me, it exists.

It is not just parents who are the problem, The Math HOD of the school I was teaching at told me one day, “Mr Shaheed, let’s be realistic. These kids can’t improve much. Let’s aim to improve their scores by about 10, even if they fail.” It was clear he did not believe these kids could succeed. Even teachers teaching such low achieving kids, through their body language and so-called differentiated teaching approach, send clear signals to the kids – “You kids are failures”. To them, they have spent years teaching very weak kids and they believed they were being truthful – "From my experience, these kids are sure to fail!" I can hear their imaginary talk aloud.

So if a student who is failing at PSLE Math has teachers who doubt they will succeed, treating them as unintelligent kids destined to fail, do you think such children, if they were normal, can rise above this negativity? Are teachers and tutors aware of their children’s state of mind? Do they teach or tutor without realising that such kids need a re-programming of who they are and what they can achieve. I doubt most teachers and tutors are knowledgeable on this matter. In fact, in all my years, I rarely hear discussion on this matter except in cosmetic and misleading terms.

Research has shown that teacher or adult expectations will influence how students perform academically. Positive academic expectations breed students who succeed academically. To have positive expectations of your students means that you sincerely believe in them – believing that your students can succeed in school. If you believe that your students cannot soar to the skies, then you have placed a glass ceiling to what they can achieve. This is true even if you do not say this out loud. Our expectations, positive or negative, are transmitted from us to the students through the way we interact and feel about them. Have you heard about the research conducted by Robert Rosenthal and Lenore Jacobson? They wrote their findings in Pygmalion In The Classroom (1968). They visited a particular school and randomly identified 5 teachers and 20% of the students as their research subjects.

The following was what they had informed the teachers:

After 180 days, it was found that the average scores of the students taught by the 5 teachers were significantly higher than the average scores of the other 80% of the students. There was only 1 variable in this experiment – the 5 teachers’ expectations. Because they were told they were the 5 best teachers in school and going to teach the top students in the school, they naturally expected their students to excel in their work. Therefore, from this important experiment, we discover that when you interact with the students with positive expectations, they will naturally start to believe in themselves and perform academically better.

So what are you going to do as a parent, teacher or tutor – will you have positive or negative expectations of your students? It is really up to you. 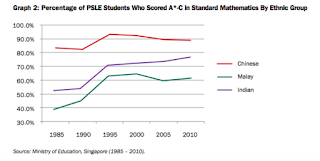 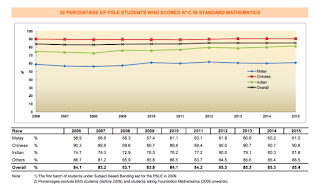 For the last 20 years, the Malay Muslim organizations have failed to empower our community in Math. Even with the involvement of experts in the diagnosis of the problem and the conceptualization and management of the solutions, we failed. The proof of our failure is in the PSLE scores shown in the charts . Study them and you will find between 1995 and 2016, we have not made a significant improvement in PSLE math. In fact, the community’s 2016 PSLE math scores are below the late 1990s. I think we have reached a plateau and perhaps our community leaders do not know how to solve this problem.
So what is the problem? I believe the problem is 2 fold. Firstly, it lies in a lack of understanding of what the real problem is. Secondly, we are unsure of what the right approaches and strategies are. To explain the issues, a talk is needed. So to educators, parents and concerned adults interested in understanding the issues, attend my talk. Actually, I had planned to have this talk for parents of weak learners in Primary Math. However, I realise that interested parties in our community can benefit from it too. The talk is not focused on the Malay Muslim Community but the world of weak learners in Math. I call this Breakthrough Math.

Speaker's Profile
Trained at NIE, Mr Shaheed Salim was a former school teacher. Throughout the years, Mr Shaheed has experimented with numerous teaching strategies for teaching English, Math and Science. His systematic and progressive teaching strategy for comprehension has been very popular with schools; Mr Shaheed’s The Ultimate Guide For Mastering Comprehension books have been used by thousands of students since 2001; this is just one the many teaching strategies he has created. An experienced and effective teacher, students love his classes because they are not only learning and improving; the fun factor is pretty high. Able to read the internal fears of students rather well, Mr Shaheed addresses them positively and helps students overcome them. Tuition is not just tuition for Mr Shaheed Salim; for him, it is a opportunity to make a positive and transformative impact on students’ lives. Many uninterested students have become enthusiastic learners through him.
Posted by Shaheed Salim at 18:07

Breakthrough Math: How To Empower Weak Learners In Primary Math 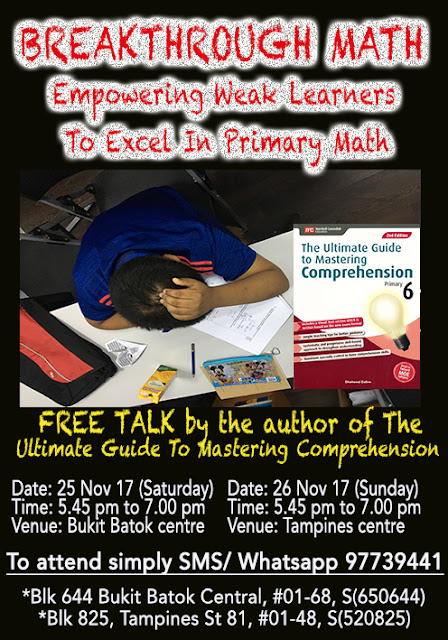 To parents and teachers who would like to gain new insights on how to help weak learners in Math, do attend the above talk. The points shared apply to students who are even struggling at the Secondary level. Well, if you are wondering why your child is struggling in Math, the talk will explain clearly what the problem is and how you should approach the teaching of weak learners in Math.

Note: This is not a marketing gimmick. Parents who have attended the previous talk sincerely claim that it has helped them.


Trained at NIE, Mr Shaheed Salim was a former school teacher. Throughout the years, Mr Shaheed has experimented with numerous teaching strategies for teaching English, Math and Science. His systematic and progressive teaching strategy for comprehension has been very popular with schools; Mr Shaheed’s The Ultimate Guide For Mastering Comprehension books have been used by thousands of students since 2001; this is just one the many teaching strategies he has created. An experienced and effective teacher, students love his classes because they are not only learning and improving; the fun factor is pretty high. Able to read the internal fears of students rather well, Mr Shaheed addresses them positively and helps students overcome them. Tuition is not just tuition for Mr Shaheed Salim; for him, it is a opportunity to make a positive and transformative impact on students’ lives. Many uninterested students have become enthusiastic learners through him.