In a recent discussion, someone began speaking in English, then the discussion drifted away in Arabic, returned in Malay, before culminating in the Khmer language, with me smiling politely, looking blur. Have you been in a discussion where it was impossible for most participants to understand what was said unless it was translated into a few languages? Our discussion was not a formal event but an informal and common one. 4 languages used in one sitting! Everyone was patient when the language he could not understand was used; he gave his undivided attention.  It was an impressive display of multilingualism. 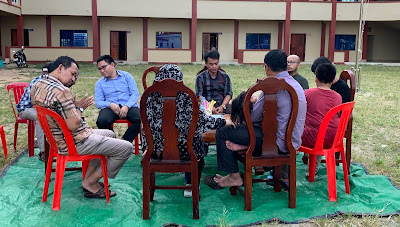 In my opinion, Singapore should embrace multilingualism, which simply means that the average Singaporean should strive to be able to fluently speak at least 3 languages, not just 2. But this is a difficult order. In fact, those who know the true situation on the ground would think that this is a ridiculous idea. What is the real situation? Aren’t most Singaporeans bilingual, meaning they can fluently speak 2 languages – English and Mother Tongue? Let’s see.

From the PSLE statistics, it looks that Singaporeans are effectively bilingual. 90 percent of us can speak English and Mother Tongue rather well. But this is a far cry from the reality. I have met with and taught so many students, Chinese, Indians and Malays, who no longer feel comfortable or fluent in speaking their mother tongues! They prefer speaking in English. An ex-Malay teacher, currently a Malay tuition teacher for the past 2 decades, testified that this phenomenon is indeed true for the Malay community. Very recently, Prime Minister Lee Hsien Loong testified that “We need to acknowledge that that we are losing our bilingual competitive edge.” 71% of Chinese families with Primary 1 child/children use English as the main language at home.*

When Singapore first promoted Bilingualism, it was a time when many Singaporeans did not speak English and therefore, it was an encouragement to speak English. Today, it is a different situation. Promoting Bilingualism today means encouraging the young ones to speak their Mother Tongues. This is why it seems crazy when I am suggesting Multilingualism over Bilingualism. Why?

In bilingual Singapore, a significant number of Singaporeans are becoming monolingual. Mastering only the English language, these Singapore students struggle with the mastery of their so-called mother tongue. I use the term “so-called” because the term “mother tongue” refers to the language a person spoke growing up. But in Singapore, it refers to the spoken language of our ethnicity. As a Primary 6 student, I first saw my so-called mother tongue, Malayalam. I highlighted to my teacher that I did not (and still do not) speak Malayalam. However, she insisted that Malayalam was my mother tongue.

Back to that informal discussion, my eyes rested on my new friend with admiration. Having mastered a total of 5 languages (Arabic, Cham, English, Khmer and Malay), he could understand what everyone in the discussion shared. In the job market, he has a clear advantage over the common Cambodian who only knows one language, Khmer. Somehow this prompted me to reflect on the state of affairs in Singapore. Could you imagine the potential we possess as a country if most of us were multilingual? How much more stronger would our economy be if Singaporeans had mastered the many languages of Southeast Asia? Picture a Singaporean businessman who is fluent in English, Mandarin, Malay and another 2 Southeast Asian languages. He is open to many more business opportunities from our neighbouring countries than a businessman who only knows English (with all other factors kept constant of course).

Would this new friend of mine know 5 languages if he were born and educated in Singapore? Perhaps not. Economics and religion drove him to master 5 languages. What factors drive our kids in Singapore to master languages? Are they even driven? Maybe because our kids do not go to bed with a hungry stomach and they live in a peaceful and rich country, maybe such conditions do not produce bilinguals, what more multilinguals.

*This is taken from https://www.channelnewsasia.com/news/singapore/speak-mandarin-campaign-bilingual-edge-lee-hsien-loong-12024398